We believe in personal protection and tactical self-defense training as a revolutionary means of empowerment for viable and self-determinant responses to assault and oppression. Political prisoner Dr. Mutulu Shakur states, “self defense is not only a right; it’s an obligation.” It is with this assertion in mind that we advocate an understanding of armed and unarmed defense, sexual violence prevention, and so on.

As anarchists, we know that we cannot rely on the police to protect us (and it may be that they are the ones attacking us more often than not). Likewise, we cannot depend on the ‘justice system’ to respond appropriately to attacks, assault or abuse of our own, whether the abusive exercise of power and privilege is at the hands of the state or from within our own ranks (as in domestic or intimate partner violence).

As Melanie Kaye sums up feminist resistance to male violence, “our task…is to make abuse more and more risky, something men can’t get away with.” The rebel slave Cinque observes, “Under extreme provocation, even white men will be just whether they want to or not.”  We recognize that people who fight back fight back for us all.

As we create anarchist infrastructure in the shell of the old to support ourselves and counter the current government and system, we must also prepare to defend ourselves and our people.  Self-defense training should be an integral part of anarchist work, for tactical combat and other self-defense skills cannot be mastered in a week or even a year.  Community accountability models, rooted in self-determination and support for the survivor(s), continue self-defense where preventative tactics leave off.  The work of transformative justice is the counterpart to prison abolition and integral to the anarchist movement.

We also extend support to people imprisoned for their actions in self-defense, particularly those whose participation in radical movements biased the court against them such as Fran Thompson, and those imprisoned for allegedly defending themselves whom the court was biased against for similar reasons, including Nyki Kish.  These acts are no more or less political than defending oneself from fascists, police, or other forms of oppressive violence.  We support reforms that recognize the right to self-defense such as the Domestic Violence Survivors Justice Act.

–a South Brooklyn-revised statement, originally published by the ABCF regarding the Tactical Defense Caucus

Donate to the Warchest 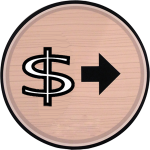